Testosterone Does Not "Work Better" than Estrogen 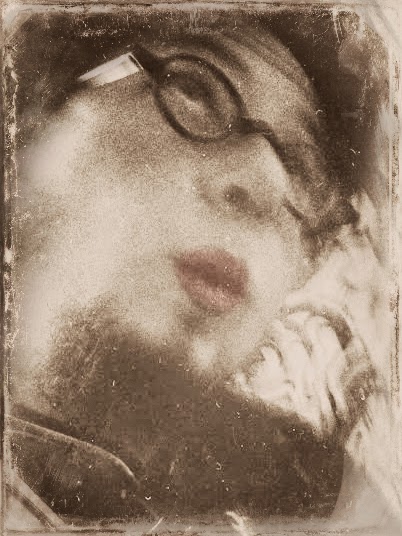 Hang around with trans people and you're bound to hear it. Testosterone, it's said, is more powerful than estrogen. It makes for a faster and more robust gender transition, while estrogen works a more subtle form of magic.

According to this reasoning, "trans men 'pass' better than trans women" because we win at hormones.

This is a load of hooey.

Those who gender transition must reject chromosomal sex essentialism.  We live by the tenet that it is gender identity that determines who we really are, not our chromosomes.

But a fair number of binary trans people actually cling to a variety of sex essentialism--specifically, a biological essentialism that centers hormones, not chromosomes or genitals.  Hormone-replacement therapy is the most common medical transition service we access, and we are raised in a culture that treats biological sex as "more real" than gender identities or gender expression.  So many find comfort in framing both their bodies and their psyches as rewrought in nature by testosterone or by estrogen and testosterone-blockers.  Obviously, HRT has visible effects. Our body hair grows more robust or more fine.  Voices drop or breasts bud.  Our faces are gently transformed by the loss or addition of subcutaneous fat and the bulking or shrinking of facial musculature, rounding the cheek of the estrogen-employing, and chiseling the jaw of a person using testosterone. When you've been living with gender dysphoria, these physical changes are very welcome.

I've met my share of people who overgeneralize from the celebrated physical changes of hormone therapy into hormonal essentialism, attributing every change they experience to sex hormones. "Testosterone has made me less interested in talking, talking, talking." "Estrogen has made me a lot better at matching colors."  But sex hormones don't make us more or less verbal, or improve or deaden our color vision.  Those are social effects, and they are culture-bound.

That doesn't make them any less "real," mind you.  Just like hormones, socialization is a powerful thing.  Living as a woman in our society means receiving constant cues about appearance that unconsciously shape behavior, just as living as a man in our society means receiving social deference that makes a person act more boldly.  And these things affect us even if, consciously, we challenge them.  Estrogen doesn't make a person a better parent, nor testosterone make a parent a less-engaged one.  But caring behavior is so intensely socially reinforced in people living as mothers, while those of us living as fathers receive so many messages that we're not expected to know how to braid our kids' hair and should prioritize work obligations over family ones, that we are inevitably shaped by these socializing messages without our realizing it.  We can resist those pressures of which we are conscious, and socializing forces are experienced differently when one's gender identity conflicts with one's perceived sex, but nonconscious socialization is a real and powerful and ongoing process. From the moment we begin a social transition, our behaviors and inclinations are impacted strongly by socialization, which changes our perceptions and our behavior.  (This is one of the things that transphobic radfem "gender crits" get all wrong.  They treat socialization as something that happens when you are young, and then stops, rather than something that is happening to all of us, every day of our lives.)

But taking a shot or a pill seems much more real and concrete to people in our society than does being (re)shaped by social cues.  And one way this manifests that I believe is particularly damaging is in the belief held by many people that "testosterone works better than estrogen."

Here's the thing about gender transitions: it's indeed true that most trans men transition more smoothly and swiftly than most trans women.  But this isn't because testosterone "works better" than estrogen.  It's because of how gender policing works in our society.  Our culture values masculinity and the male while it devalues femininity and the female.

Let's examine how this works through the lens of facial hair.  I've often heard people use as "proof" of the greater efficacy of testosterone the fact that taking T makes a person grow facial hair, while taking E doesn't make a beard go away.  But it would make just as much sense to say that estrogen is more potent an agent of transition, because it makes a person grow breasts, while taking T doesn't make breasts go away.

Let's consider facial hair and transition in greater depth.  Often before even starting hormone treatment, transfeminine individuals seek facial hair removal via electrolysis and/or laser treatments. And many experience ongoing anxiety because some hair may be left behind by these procedures, leaving a trans woman constantly worried that she may have some stubble, as the social consequences of being seen as a trans woman with a beard shadow are high. Those who transition using testosterone, on the other hand, have a much less anxiety-ridden experience in the facial hair arena. Sure, most trans men wait anxiously for their peach fuzz to materialize, and for some, peach fuzz is all they'll ever grow.  But every whisker is celebrated--and not just by us, but by society.

Think about it.  For a trans woman, a few whiskers are seen by a cissexist society as belying her gender identity, and the stubbly trans woman is a figure of mockery. Meanwhile, for a trans man, a few whiskers are all it takes to get a pass from the gender police.  If there were actual parity in treatment, the gender police would be imposing some sort of 50% standard on either side of their gender binary.  But instead, a trans woman must remove 100% of her facial hair to avoid harassment, while a trans man only needs to be able to grow 10% of a full beard to be treated as one of the brotherhood.

It's not testosterone that is working so well to benefit trans men.  It's patriarchy.

Our society trains people, especially cis males, in patriarchal binary-gender-policing from an early age.  Here's how we can imagine the "logic" of this system as operating: (1) immediately upon seeing a person, classify them as male or female.  (2)  If you can't immediately do that, this is a PROBLEM and must be addressed.  (3) When your initial glance leaves you in doubt, always treat the person as male.  Calling a man "she" is a terrible insult--and is dangerous, since a man whose masculinity has been insulted may feel compelled to prove his masculinity by doing violence to your person.  Calling a woman "he" is actually a sort of compliment, since it confers status.  And if a woman is insulted or has her feelings hurt, it's not likely that she's going to punch you in the face as a result, because that would make her look even less feminine.  Anyway, she should work harder to appear feminine and attractive to men.  (4) Now that the immediate snap judgment about whether to say "sir" or "miss" has been made (when in doubt, say "sir"), study the person to figure out what's wrong with them.  Not being instantaneously classifiable into an M or F box is an affront, but maybe it was the last thing the person wanted (it's some really short cishet guy who is sensitive about his height).  Maybe it was "negligence" (a straight cis woman who isn't doing her duty to be attractive).  Or maybe it was intentional (the individual is an "effeminate" gay man, a butch lesbian, a genderqueer "he/she" weirdo, a transsexual).  Intentionally breaking the binary rule of the gender police means that the offender should be punished with disdain, mockery, harassment, or even assault/sexual assault.  And the harshest punishment is to be directed at those who could have had male honor, but are traitors to the brotherhood--the "swishy faggots" and "trannies" and "shemales"--dishonorable freaks all.

So those are the rules of gender-policing engagement.  Now, combine them with what we discussed earlier--the high standards for inspecting the suspected transfeminine body combined with the low standards of inspecting the suspected transmasculine one. Interactively, they produce a situation in which gender policing affects those assigned male at birth much more strongly than those assigned female at birth. Of course, this is counterbalanced by the fact that people perceived as female or feminine (whatever their gender identity or physical status, really) win as a prize the joy of being catcalled and sexually harassed. But think about it.  This means that for a trans man, once you've crossed that scraggly chinpatch threshhold, chances are good you get to avoid both catcalling and gender-policing harassment. The path to male privilege is pretty short. For trans women, the path to freedom from constant misgendering is much longer, much more fraught with danger, and doesn't end with the prize of relative freedom.

I know that nobody is safe from male street violence, even those deferred to as masculine men, but there's a huge difference in the regularity of the onslaught.  And believe me, I understand that the safety experienced by trans men is conditional, and that if we are discovered to have breasts and/or a vagina, the best outcome is usually disgust, and the worst assault or reparative rape.  But most of the time, these body parts are not seen.  Transmasculine individuals just need to show up sporting that minimal evidence of beard stubble (or its inverse, the receding hairline), wearing moderately standard guy clothes, with chest bound or bundled under a sweatshirt, and the gender policing inspection stops. Not for us the unavoidable requirement that every body part be inspected for "questionable" hand size and foot size, adams apple or hairline.

So, please, let's stop spreading the lie that testosterone works better than estrogen, and that this explains trans mens' advantage over trans women.  Patriarchy and the male privilege it produces explain the transmasculine advantage.  And as long as we naturalize this transmasculine advantage, we do our transfeminine siblings a disservice. What we should be doing is fighting gender policing, not treating it as a fact of nature--and doing that fighting from a position that acknowledges it affects trans men less severely.
Posted by Dr. Cary Gabriel Costello at 5:49 PM